Sawfly larvae, which turn into wasps, look like caterpillars and are commonly found in southwestern Ontario. They feed mainly on Scotch, Red, Jack, and Japanese pines. These larvae only eat the needle surface, from the tip to the base, which causes the needles to turn brown and look wilted and straw-like. Female sawfly wasps make slits in pine needles and insert their eggs into the openings and larvae feed for about 3-4 weeks before they mature and spin cocoons. Eggs usually hatch in April through to mid-May and the larvae usually feed until mid-June.

The best way to control pine sawflies is to obtain the larvae while they are still small in late April to early May by looking for straw-like needles. There are several predators to these insects, such as birds and rats, but they are usually not effective enough in urban areas. And due to the pesticide ban in Ontario, finding a product to spray the tree with can be tricky. However, there are still a few options for controlling the larvae. Physically removing the eggs from the plant and destroying them before they hatch is one way to keep them from feeding on the needles. If parts of the tree have become infested, you can cut off these branches or sharply strike the branch to knock off the larvae. Do not simply throw the eggs or larvae onto the ground, as they may still hatch. It is best to then crush the larvae or knock them into a bucket of soapy water. 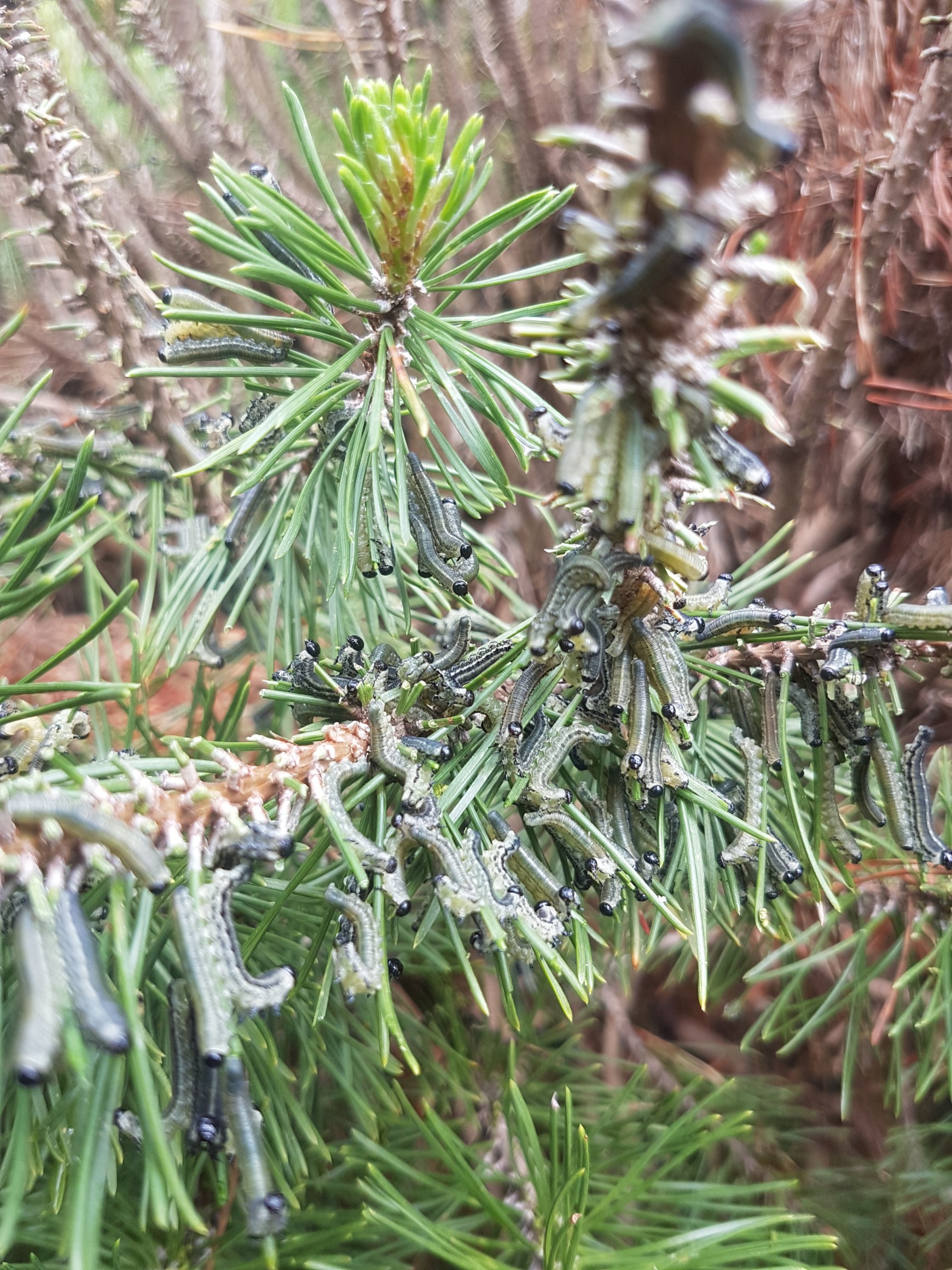