Moles are insectivores. An adult mole is 12 to 20 cm long and has dark grey or brown velvety fur. Its eyes are small and its broad front feet have strong claws for digging in soil. Most do not eat plants, but feed on earthworms, insects, and grubs. Moles create an extensive network of underground tunnels. These tunnels range from deep beneath the surface to shallow, more visible channels. Commonly used as living quarters, the deeper tunnels require the mole to dig through large amounts of dirt which result in the formation of molehills. Temporary surface tunnels are where the sod is raised and will appear like many valley-like ridges.

People tend to think that the only way to deal with them is to dig up their lawn and replace it or run out to the garden center and order a load of topsoil and reseed the damaged areas. In most cases this is not necessary. If your lawn has had Mole damage and there are piles of soil along with raised areas, simply rake out the soil and tamp down the raised areas. Then once the ground temperatures warm up, the turfgrass will be able to repair itself quickly. Within a few weeks you will begin to notice an improvement. 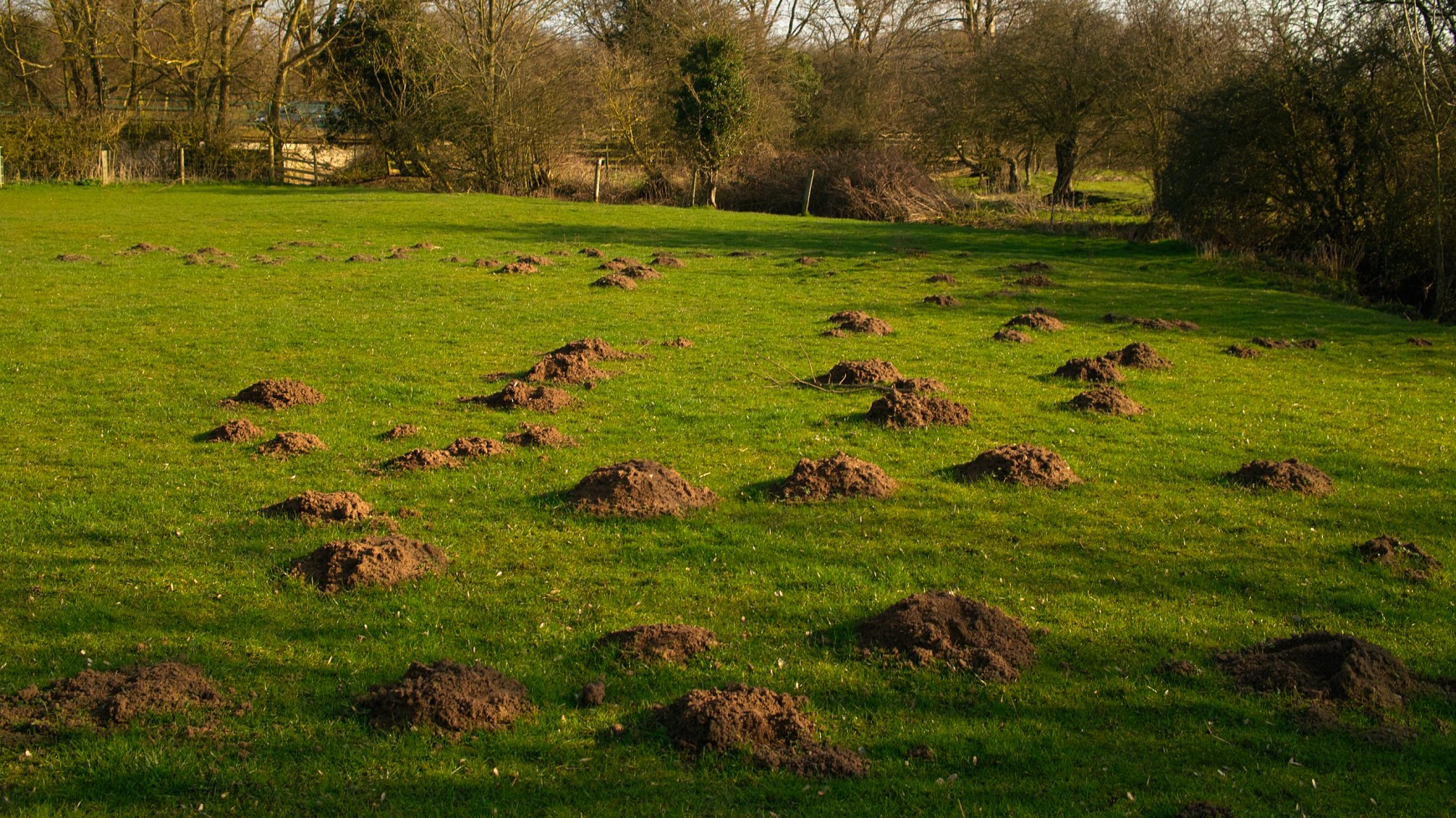 When is the best time of year to treat your weeds?